On the 26th of March, Innovation Leaders Club organized the first Coffee Morning event: discussions about innovation, moderated by Martin Goroško and Mart Maasik. Coffee Mornings are a new informal events series with a view of creating additional discussion and connecting opportunities for the club members. During the Coffee Mornings, members can talk about the topics that are vital for them. Although Coffee Morning is, above all, meant for a free discussion about the questions raised by the members, the first event was led by Innovation Leaders Club. Mart Maasik introduced the general results of the innovation capability audit interviews.

12 corporation members were interviewed in January and February 2021 to map their innovation capabilities. The purpose of the interviews was to define their readiness to lead innovation and to point out what are the main challenges while doing it. The results can be used to compare the company’s innovation capability with all other respondents’ general results and frame an action plan for the systematic leading of innovation. The results of the interviews can also help to direct the focus of the Innovation Leaders Club according to the needs of the members.

Mart Maasik brought out the key points for each step:

Some important questions related to the interviews arose. Firstly, have the interviewed companies allocated special funds for innovation from the budget? Secondly, were the respondents to the questionnaire top management members or people responsible for the innovation?

Mart Maasik said that usually there were no special funds secluded from the budget but when an opportunity for innovation is recognized, the money will be found. Lack of money is not the problem among the interviewed companies. The interviewees were both top management members and people actually responsible for innovation, as Maasik confirmed.

In addition, there was a long discussion about the spin-offs. The general opinion was that Estonian companies rarely start spin-offs, but as it came out from the results of the interviews, there was a big interest in external innovation.

In terms of innovation, how has been the last year? Was the crisis rather seen as an opportunity or the only focus was keeping the main business alive?

That was the first and rather tough question for wider discussion.

Markko Karu confirmed that in many companies that he has been consulting and whose main business disappeared, innovation has kicked off. But at the same time, he had to admit that immediate results are expected from the innovation. This means that creating an environment that encourages innovation is not yet clearly understood. The development of such an environment is one of the main goals of the Innovation Leaders Club.

Another discussion was also related to the already mentioned COVID pandemic and the topic was e-channels used by the members to communicate inside the company and with the customers. Also, how to build sustainable e-communities?

Tehnopol, in their words, is old school and internally uses Skype. Communication with the clients is mostly done via social media and through the communities created on those platforms as well as online seminars and online conferences. To keep the communities together and sustainable, Martin Goroško recommended creating content. Sten Kreisberg recommended Slack for both, internal and client communications. Markko Karu’s recommendation was to create a landing page for a problem, gather contacts and build a community.

The last question for a wider discussion was “How to set up a perfect client for a product/service? How to validate it and test it with simple tools?”

Markko Karu was the first to answer, “Firstly, customer segment cannot be found by only looking internally, external validation has to be included. Secondly, the question is not who needs Your product, it’s who has the pain.”

Karu brought an example of an anemometer that could be connected to a smartphone. It was developed for surfers, but later, a totally different client segment emerged – snipers. He also mentioned bubble wrap, which was originally created as a decorative element, but IBM’s procurement department creatively started to use it to pack computers because the wood chips that they used before, created too much dust. “You have to understand, who needs to ease the pain, not who needs a packed product,” he said.

Martin Goroško recommended using the A/B testing method. Create a small campaign, try different messages, and the one that gets the most attention and clicks is probably the right one.

An hour passed quickly and there would have been topics to discuss even further. In the same format but with new questions and topics, the club members continued at Coffee Morning on the 30th of April. 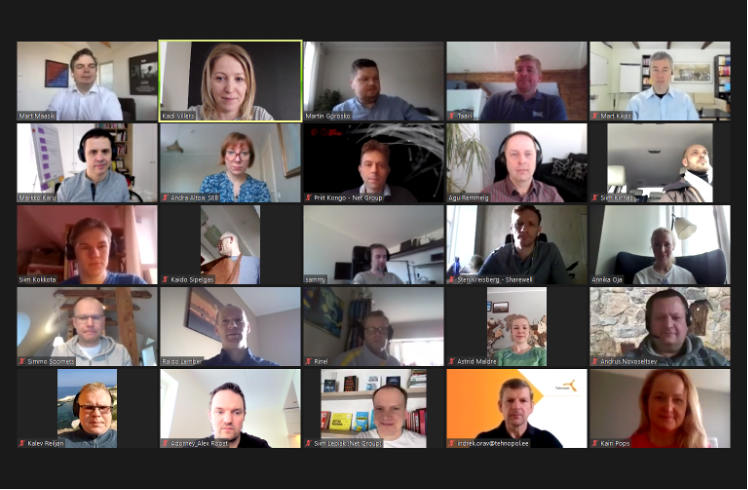